Here at Polytek, we often recommend the use of liquid polyurethane rubber to make molds for concrete casting (e.g., concrete tiles, panels, statuary, pavers, bricks, countertops, edging, etc.). Platinum silicone mold rubbers can be appealing because of their great release properties (tin-cured silicones should not be considered for concrete as they shrink over time and deteriorate with age), but overall, we find that the advantages of polyurethane rubber outweigh the advantages of silicone rubber for this particular application. Here are some of the major points of comparison: 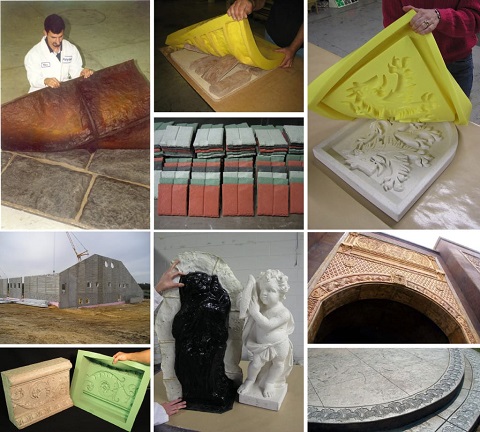 We have found that efflorescence, which produces salt deposits on the surface of concrete, more often occurs when silicone rubber molds are used for casting (in comparison to polyurethane rubber molds). This white residue can be aesthetically displeasing and sometimes requires the use of solvents or other chemicals to remove.

In line with this, the overall color quality of the cast parts seem to differ depending on the mold material; concrete cast in polyurethane rubber molds tend to display more vivid color, where colors may appear muted when cast in silicone rubber molds. 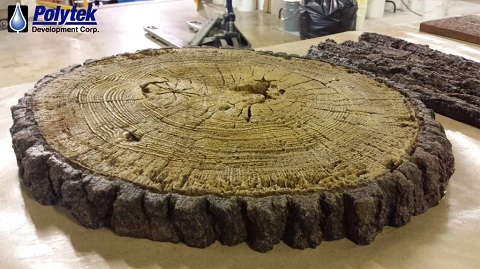 Liquid silicone rubber costs about twice as much as polyurethane rubber. 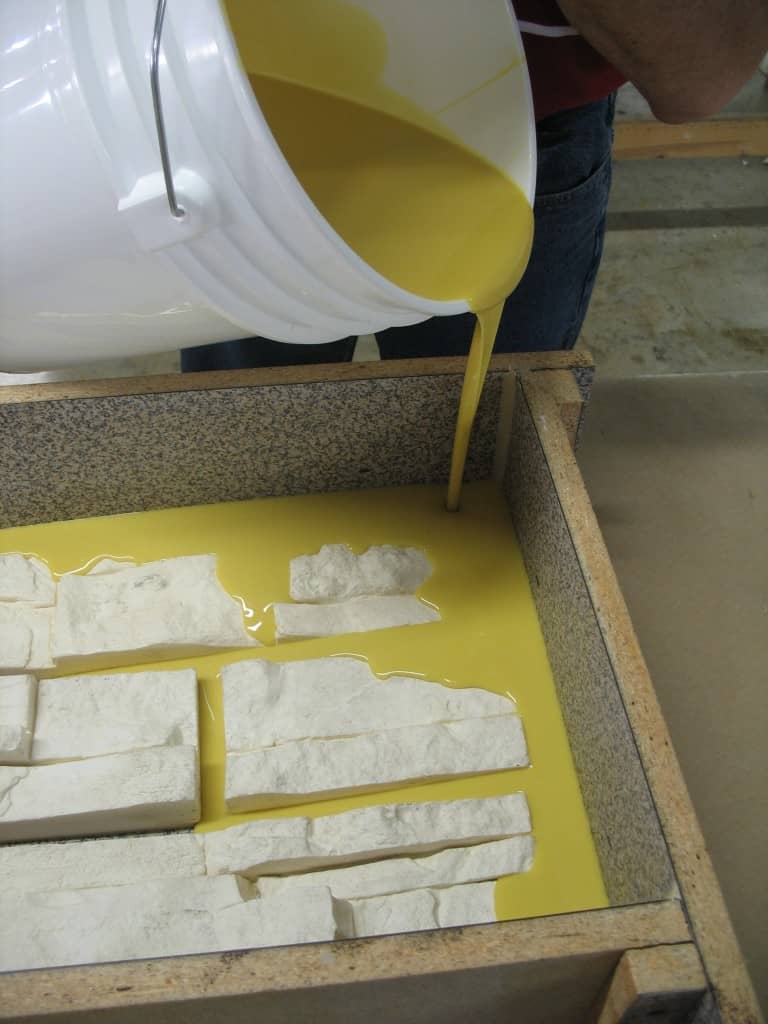 Cured polyurethane rubbers exhibit physical properties that are generally “tougher” than silicones, so they are more resilient to wear and tear when molds are used repeatedly for years.

One advantage of silicone mold rubbers is that they have better release qualities than polyurethane rubbers – release agents are generally not necessary when casting concrete in silicone molds. 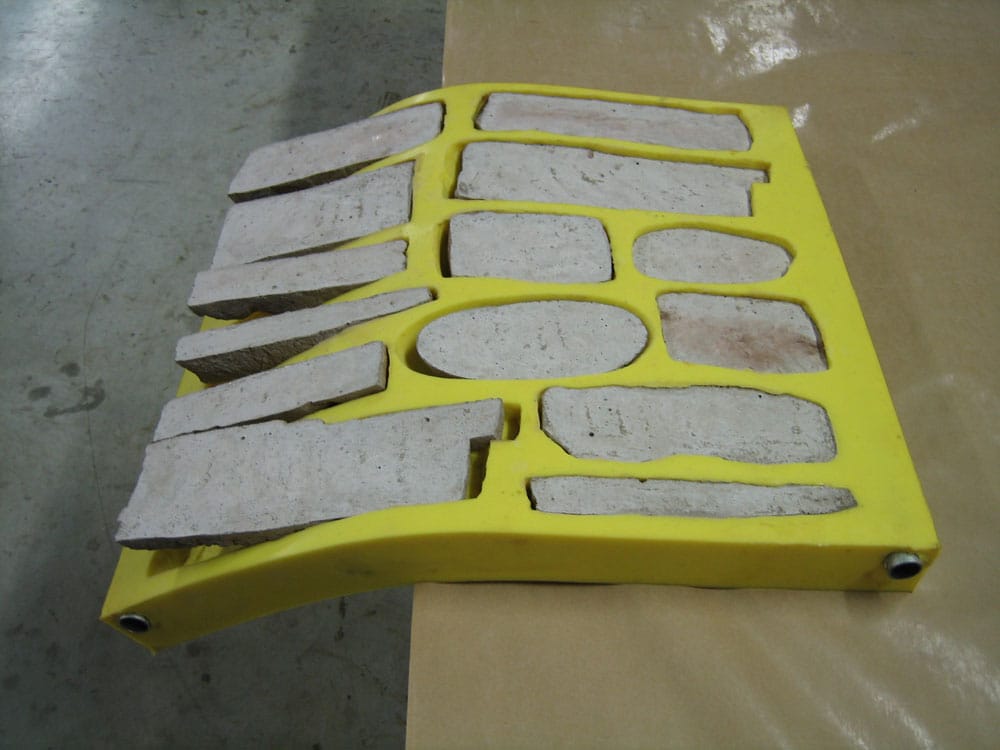 [Poly 74-20 molds can often be used without release agent]

Polyurethane liquid mold rubbers offer a greater range of options. The hardest Polytek silicone option has a Shore hardness of A60, while Polytek polyurethane rubbers are available up to a Shore D45. These harder rubber options are very useful for making tools like stamping and texture mats, block-outs, and form liners. 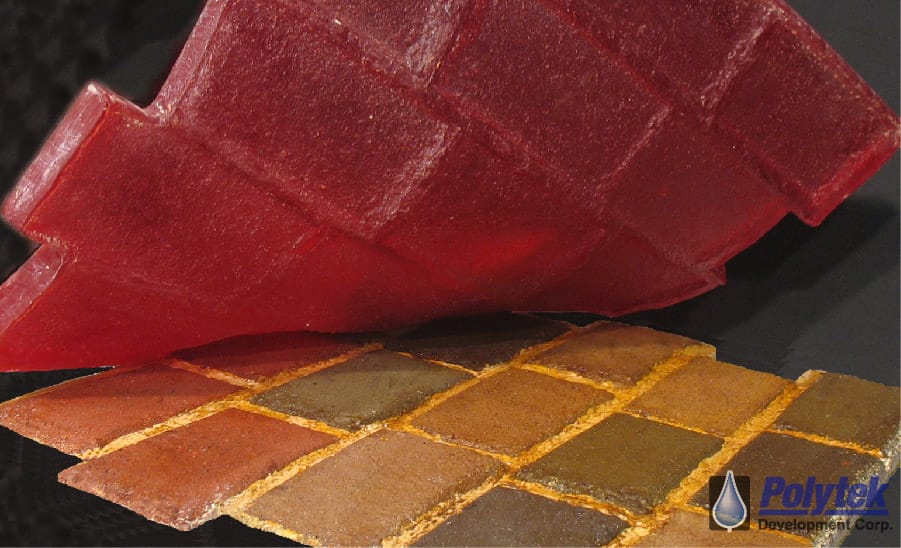 [This brick-textured stamping mat was made from Poly 75-80, a Shore A80 rubber]

As a follow-up to the previous video tutorial, concrete is cast in the Travertine panel mold: